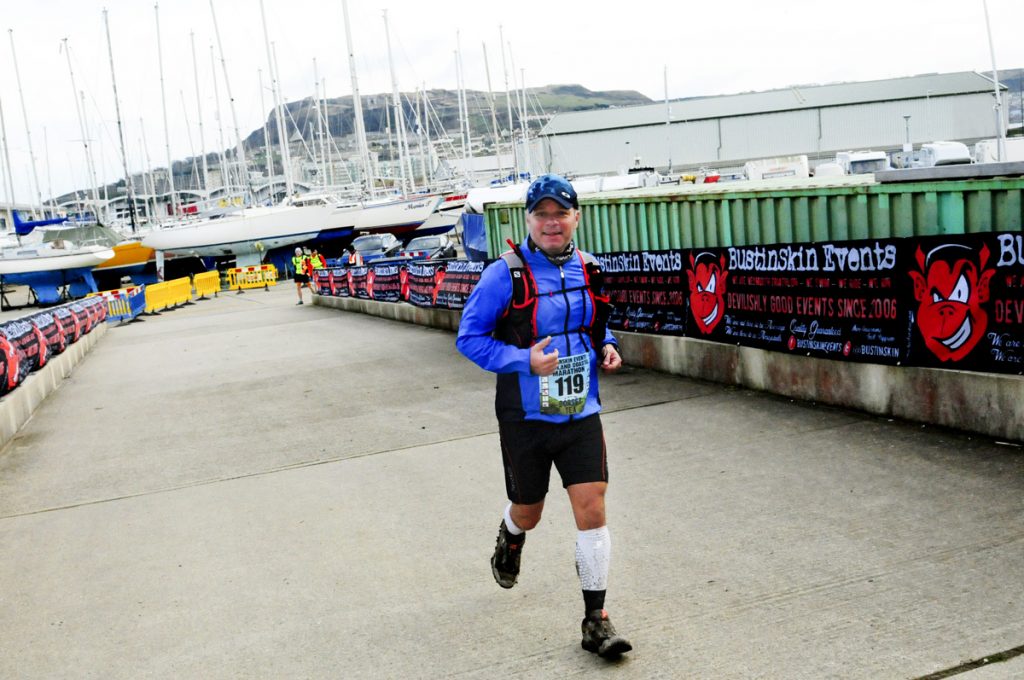 Thankyou to Skip It Community for letting me share a story of mine.

In May 2017 I would have been running for 5 years and I came into this very late. I couldn’t run, you see. I had broken my knee at university and fractured the ankle on the same side in multiple places which effectively meant I limped around in the winter and all year around suffered from shin splints when walking faster than my normal pace. I guess with all that it makes running even the more remarkable to me.

This year my challenge is to run 10 marathons and 3 ultramarathons – all for charity, as well as small races around London, you know the ones, where everyone you know is there cheering you on or taking part. I will be taking on Comrades, one of the world’s most famous races, an 87KM uphill ultra in South Africa, with a strict 12 hour cut off. But that is a few months away, and I have plenty to do before then.

Running, for me was a physical challenge in the early days more than the mental one it is now. A couch to 5K program was followed and, somehow, I got through the London 10K in 2012. And that got me hooked. I ran my first half marathon (in London again) that November and the Amsterdam half marathon a fortnight later. Berlin was my first marathon and I have run 10 since then in the 18 months or so that followed. I like the distance, it makes you feel like you have accomplished something when you cross that finish line, be it at a flat, sunny, international road marathon with a large field (I ran Barcelona last week with 17,000 fellow runners), or a small, freezing cold, muddy, hilly trail marathon with barely a hundred runners, like the Portland Coastal marathon I ran a month ago.

Portland is a small tied island attached to the southern coast of the UK. It would not be my normal race, there would be no one there that I knew, it would be cold, wet, and muddy. But most of all, it would be hilly. The elevation chart for the loop around the island is the stuff of nightmares, especially when you are furnished with two further facts; first, that the crazy muddy climbs up the cliff, tend to lead to wet, slippery stone steps down the other side, and second, that this is a two lap race, with the second lap being the reverse of the first. As the Race Director said, on the first lap the sea is on your left, on the second your right. It also had a 6 hour cut off, and not everyone would make that.

Once the race starts you feel the excitement pumping through you, you surge ahead, running as a crowd on paved streets, but then hit a hill that made everybody walk. This was within the first mile. Atop the hill mud waited for us. Now as I said, this was a two lap race, a very long “there and back” and so the mud would only get worse and by the second time you ran over it, it would be so churned up keeping your footing would be difficult.

But before that there were other things to concern the runners. For one, slippery stone steps down a sheer cliff. Not really the kind of thing you want when travelling at any rate of knots. And from there a quarry, then the rocky cliff paths before long, muddy climbs until you reached the top of the island, and were left exposed to the cold winds coming in from the sea. But this is why do it, right? We like to and need to challenge ourselves. You run for yourself, you run for others. This makes it all worthwhile.
Coming back into town the next downhill had to sort of angle that skiers would love. You found it hard to keep your footing, some slid down on their backsides, others grabbed at foliage, hoping to not get a bramble, whilst I zigzagged my way down, taking a more sure footing method as I did not care too much for time. It was already obvious that this race would be all about finishing.

You would think that the long road stretch to halfway and then back again would be a welcome respite from the hills and cliffs and mud, but no. Despite the more agreeable surface running along the causeway for an hour or so means you are sideswiped by the wind and have no protection from it at all. What sweat sits on your skin chills you to the bone.

And then lap 2. All the same joys and discomfort but in reverse, climbing the wet stone stairs, sliding down that first hill.
My calves went with a few miles to go. Sometimes trying to keep your footing on boggy ground is tough enough when walking, but running? It does put strain on your legs and I cramped up and spent the rest of the time as the clock ticked limping, walking and attempting short jogs before I was finally caught by the tail runners. I was now last, but last of those who would make the cut off.

I am not a particularly fast runner. I never profess to be a good runner. I just run and I always finish. The Portland Coastal marathon was the toughest race I have completed to date but I did complete it. You should never give up. Walk if you need to. Limp if you have to. But always make it over the finish line.

Make sure this account has posts available on instagram.com.